Recent research suggests the extra heating measured in cities operates, at least to some degree, at the scale of neighborhoods. In hot desert cities, such as Phoenix, Arizona, an urban forest can help keep neighborhood temperatures from reaching dangerous highs during hot summer days, particularly during heat waves.

The extra heating load that comes from replacing natural vegetation with the buildings, streets, and sidewalks that comprise cities has been recognized for many decades. Cities often average temperatures that are 4°F or more warmer than surrounding rural areas (Akbari et al. 2001), a phenomenon known as the “urban heat island effect.”

Yet, even in big cities, such as the Phoenix metropolitan area, local vegetation can temper neighborhood heat on a hot day. Air temperatures differed by 10°F among Phoenix-area neighborhoods during summer afternoons, with a tree-lined Tempe neighborhood running that much cooler than a barren area featuring high-density housing (Jenerette et al. 2007). Arizona State University researchers found the amount of vegetation present explained about two-thirds of the temperature difference. 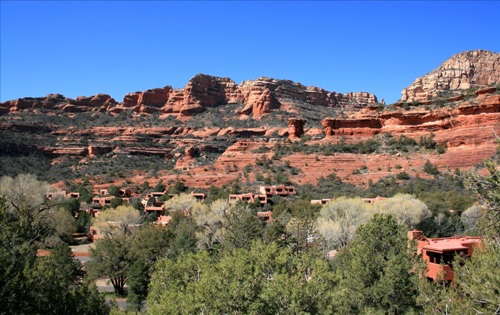 Figure 1. The woodlands surrounding this resort in Sedona, Arizona, provide much needed shade and temperature regulation during the hot summer months. Photo by Minerva Bloom via fotopedia.com.

The temperature difference was most pronounced during a July 2005 heat wave when official temperatures in the Phoenix area hit 112°F for four days in a row. Based on a modeled analysis by Sharon Harlan and colleagues (2006), the neighborhoods with less vegetation spent far more time in conditions that could pose dangers to human health.

Interestingly, daytime temperatures in the Phoenix area often run slightly lower than those in the nearby desert despite the overall heat island effect (Brazel et al. 2000). Researchers found that the urban area benefited from an evaporative cooling effect due to landscaped vegetation and street trees, swimming pools, and evaporative cooling systems.

However, evaporative cooling systems – known to locals as “swamp coolers” because they add moisture to the air as they cool it – may be fading away as many residents of desert cities switch to air-conditioning systems. While air conditioners remove moisture from the air and expel heat into the outside environment, swamp coolers add moisture to chill air and require ventilation that allows some cooling to seep into the outside environment (Chatterjee and Lenart 2007).

With the switch to air conditioning, urban forests and other vegetation become more important to desert cities as a potential source of evaporative cooling and shade. Water collected from air conditioners can fulfill some irrigation needs, as demonstrated by a rooftop collection system installed on the University of Arizona Landscape Architecture building. The collected water helps support a nearby pond, mesquite trees, and other cooling landscaping.

Like any living thing, trees and other plants do emit heat, a fact that is detectable in nighttime infrared images. Trees also slow the cooling of the surface below their canopies, potentially hampering nighttime cooling. Streets, buildings, and any surface that can collect daytime heat emits some of that heat at night, keeping urban areas much warmer than nearby landscapes, something particularly noticeable in desert regions. In a Phoenix study, Anthony Brazel and his colleagues (2000) found that nighttime temperatures ran about 20°F higher in the urban area than in the nearby desert.

It remains unclear how much an urban forest’s daytime blocking of surface heating affects the nighttime heat load, and the results may well depend on the surface material in question (e.g., asphalt versus soil), the angle of sunlight, and length of time exposed to heating. What is clear is that trees and other vegetation perform cooling services during the day, the time when heat is most likely to reach dangerous levels for human health. Emergency responses related to heat-related illnesses in the Phoenix area tend to peak at about 4 p.m. and rarely arise between midnight and 7 a.m. (Golden et al. 2008).

Like heat-related illness, electricity demand tends to peak at about 4 p.m., with peak annual demand occurring in July or August, according to data from Commonwealth Edison (McPherson and Simpson 1995). This high summer demand for cooling can initiate blackouts, as occurred on August 14, 2003, when an high-demand event left about 50 million residents from Cleveland to New York and beyond without air conditioning for more than a day. Thus, by cooling cities during hot afternoons, shade trees can help reduce the risk of blackouts that shut down cooling systems.

Related to Urban Forests and Heatwaves: